Great news today, as Microsoft has announced new Terms of Service for Bing Maps and released version 1.0 of the Silverlight control for Bing Maps.

Due to the power of Silverlight to serve up large amounts of tiles to the end user the old commercial model would made it commercial suicide for a small developer (see previous post) to use Bing Maps, as a user session could consume a huge number of tiles resulting in CPM rates in the region $100/CPM.

Well now it’s all change with a session based pricing model, with free access for education/non-profit and free 120K sessions a year for developers.

To see how much you save check out my TileCalc demo (based on CTP Silverlight Control and old pricing model). 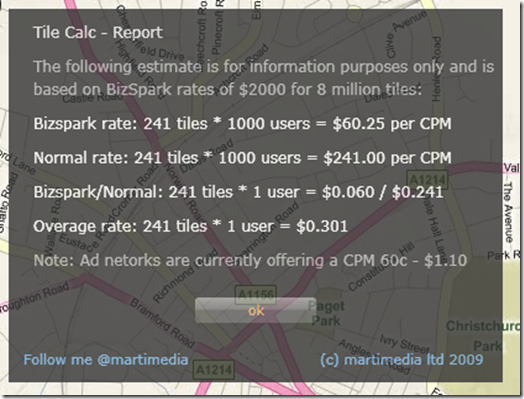 Posted by Martin Duffy at 18:00 No comments: